THE POWER OF EXPERIENCE

In the northern Ugandan district of Adjumani, close to the border with South Sudan, a crowded class is alive with conversation. The teacher, Harriet, is leading the children, many of whom are refugees, to talk about disagreements they’ve had with others, what feelings led to those disagreements, and how they decided to act based on those feelings.

Being given a chance to talk about their feelings is a new experience for many of the children, and they’re eager to share their stories and thoughts. Sometimes a child isn’t sure how to express what they feel, and Harriet works gently to help them find the words. She was a refugee herself when she was a child, and she uses her insights and experiences to support them.

“When I see a child who is traumatized and underperforming, I reflect back on my own experiences, and try to help them like my teacher helped me,” Harriet says about her approach to working with refugee children.

“WHEN I SEE A CHILD WHO IS TRAUMATIZED AND UNDERPERFORMING, I REFLECT BACK ON MY OWN EXPERIENCES, AND TRY TO HELP THEM LIKE MY TEACHER HELPED ME.” - HARRIET UNZIA, TEACHER

Harriet became a refugee in 2002, when she was just 10 years old. Her family lived in an area in northern Uganda threatened by the guerillas of the Lord’s Resistance Army, led by Joseph Kony. Her family was forced to split up and move to avoid attacks. Harriet, her mother, and her brothers went to South Sudan, while her father stayed in eastern Uganda to work and send the family money.

“Being a refugee, we experienced lots of challenges. We had to travel a long distance. We had no food. It was very hard,” Harriet says. “I missed friends. I missed going to school. It took some time to settle.”

Harriet’s family managed to return rejoin her father in Uganda in 2004, settling far away from their old home in the north. It was hard for her to go back to school after the return. The trauma of fleeing her home under constant fear of attacks and of being out of school for nearly three years left her feeling lost and confused. She struggled to catch up for lost years of school while trying to process what had happened to her and her family.

“It took some time to settle before we could go back to school,” she says. “When we first came back from South Sudan, I didn’t get psychosocial support from my mom, my community, or anyone. They couldn’t remove the trauma in me and give me a chance for a brighter future. I wasn’t able to catch up with others in school.” 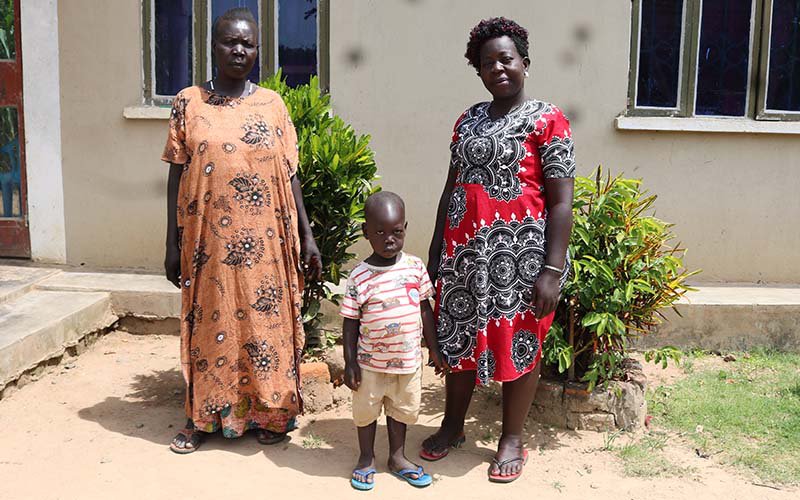 Harriet poses outside the family home with one of her sons and her mother. Harriet and her family were once refugees but have been able to return home, where Harriet now teaches refugee children.

In her new school, Harriet got lucky. A sympathetic teacher noticed she was dealing with trauma and helped her learn how to deal with the emotions she was feeling.

“My teacher was a friend, and gave us psychosocial support, motivation, and help,” Harriet says. The support helped her realize there could be more to life than just getting by, and education unlocked a new world of possibilities for her.

“I decided to be a teacher because I was impressed with how my teacher could handle us and the trauma we'd experienced.”

Her father, who had learned to read earlier in life and knew the opportunities it could open up for Harriet, also encouraged her to stay in school and pursue it as far as she could.

“I DECIDED TO BE A TEACHER BECAUSE I WAS IMPRESSED WITH HOW MY TEACHER COULD HANDLE US AND THE TRAUMA WE’D EXPERIENCED.” - HARRIET

With the support of the teacher and her parents, Harriet was able to complete not just primary school, but secondary school. Only 16% of girls in Uganda finish secondary school1, and the rate is even lower for impoverished refugees, at just 3%. Receiving the right support from the adults in her life empowered Harriet to graduate.

EMPOWERING A NEW GENERATION TO LEARN

After graduating from high school, Harriet moved back home to northern Uganda and became a teacher. Adjumani, where she works now, is a major destination for returning Ugandan refugees, as well as refugees from the South Sudanese civil war. The region has high rates of poverty and child marriage, and not enough schools or trained teachers.

Harriet’s classes are typically around 200 children. Many are refugees, and some have become disabled through conflict or complications from infections. Very few of the children in Adjumani complete even primary school, let alone go on to secondary education, and the rates are lower for girls than boys. Harriet is trying to give them a chance to graduate and overcome the barriers standing in their way.

“Where I work, there is a shortage of trained teachers who have the skills to manage large classes and help children who have particular needs,” Harriet says. 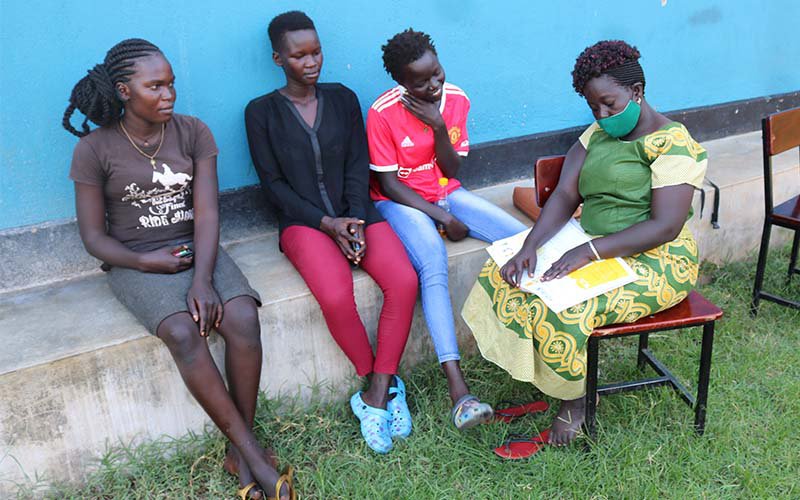 Despite the challenges of COVID-19, Harriet has continued to connect with her students and help them learn.

In 2017, shortly after she became a teacher, Harriet attended a Right To Play training program to upgrade her skills. The training taught her how to use play-based learning to manage her class, support children with disabilities, and create safe, accepting learning environments for children coping with traumatic experiences. Harriet ended up winning the top performer award in the program for her dedication and excellence.

“The training helped me a lot. I believe that any child, even those with disabilities, can attain a high educational level,” Harriet says.

“I WAS TRAUMATIZED BECAUSE OF THE WAR. MY FATHER ENCOURAGED ME AND HELPED ME TO BUILD HOPE WHEN THERE WAS NO HOPE IN ME, AND HERE I AM TODAY.” - HARRIET

The skills Harriet learned in the program helped her in her classes. She started breaking students into smaller groups to collaborate on projects. The group members collaborate with one another on activities like writing dramatic plays and poems to practice their language skills or crafting menstrual pads to learn about sexual and reproductive health.

“I use play activities that draw on reflect, connect, and apply techniques so that learning becomes so easy and interesting. Students never miss classes when I integrate these activities. When instructions are hard, they tend not to follow them, but play makes it easy.” 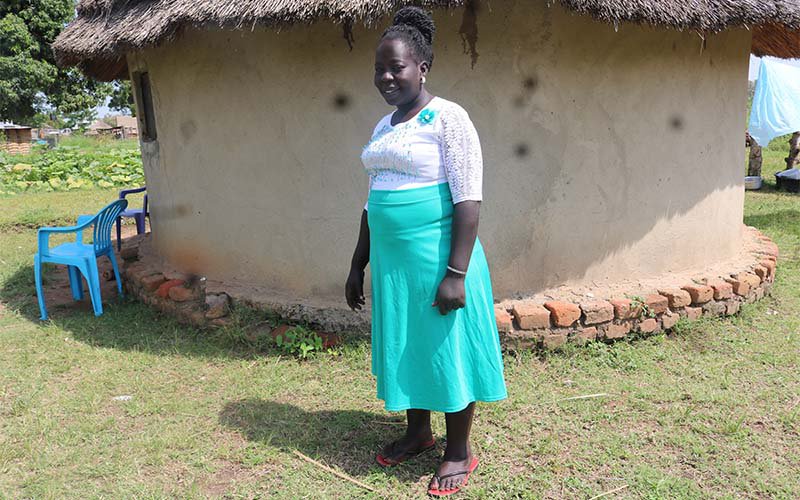 Harriet revisits the childhood home she was forced to flee two decades ago. She and her family live nearby after returning, and she continues to contribute to her local community.

“It also improves attendance and performance in school. The attendance in our school increased after we started using play-based learning approaches,” she adds.

Harriet is committed to teaching, and to supporting refugee students to heal from the traumas they’ve experienced and dream bigger than just surviving another day.

“I tell my students I went through those challenges. I was traumatized because of the war. My father encouraged me and helped me build hope when there was no hope in me, and here I am today. I try to give them hope,” she says.